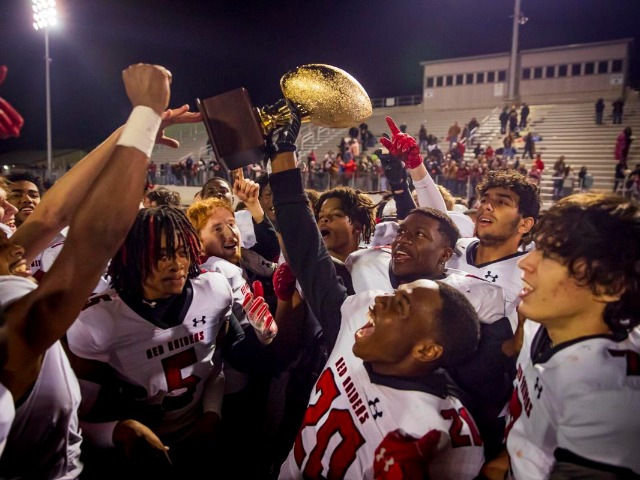 GARLAND — Williams Stadium will go down as a memorable venue for the Tyler Legacy Red Raiders.

A year after the Red Raiders used a late touchdown run by Bryson Donnell to pick up their first playoff win in 11 seasons, 20-14 over Garland Naaman Forest, the Red Raiders had late magic once again on Friday night.

Garland lined up for a game-winning 27-yard field goal, but a bad snap allowed the Red Raiders to make the stop and hold on for a 41-40 win over the previously unbeaten Owls.

By Brandon Ogden bogden@tylerpaper.com
“That’s the most competitive I’ve seen this group all season,” Legacy head coach Joe Willis said. “They competed all night, against the odds. We had several penalties in the course of the game that set us back, but they kept coming back. I couldn’t be more proud of them for the fight they showed tonight.”

Jordan Ford then picked off his third pass of the night to give the Red Raiders the ball back. Legacy was looking to add to the lead when Christian Cooper came up with an interception in the end zone with 7:11 to play.

The Red Raiders got a fourth-down stop with 4:13 remaining. Legacy had to punt the ball back with 2:46 on the clock, and Garland took over at its own 12. On fourth and 6, Cergio Perez completed a 21-yard pass to Jordan Hudson for the first down.

On fourth and 8 with less than a minute to play, Perez completed a pass to Ellis Rogers that was nearly deflected by Miller. Rogers then flipped it to Aaron King, who took it down to the Legacy 13-yard line.

The Red Raiders forced the Owls to a fourth down at the 5. After a delay of game, the Owls set up for the field goal, but they were unable to get the kick away.

Earlier in the game, on his sixth carry of the night, with just over nine minutes left in the second quarter, Miller fought off multiple defenders to power exactly 6 yards to the Garland 1-yard-line to move to 4,749 career rushing yards, breaking the program’s all-time rushing mark of 4,748 yards set by Tyrone Ross. Miller entered with 4,720 career rushing yards and finished with 128 yards on 12 carries.

Justin Wells/Inside Texas
“Breaking this record, I’m speechless at the moment,” Miller said. “I’m really proud of myself and I’m proud of the team for helping me be able to beat that record, and I just want to say thanks to everyone. It feels wonderful to win another playoff game, and now we get to focus on next week.”


“I’m super proud of Jamarion,” Willis said. “What a celebration to be able to break the record and win a playoff game to go to the second round for the second time in two years.”

On the next play, backfield mate Donnell scored on a 1-yard run to tie the score at 7 with 8:54 left in the first half.

Garland scored the only touchdown of the first quarter with a 24-yard touchdown pass from Perez to Ellis Rogers. It came one drive after Jordan Ford had picked Perez off in the end zone.

Garland got the ball right back after the touchdown as Chauncey Carter intercepted Bruckner.

The Owls took the lead with 6:56 left in the second quarter on a 5-yard pass from Perez to four-star SMU pledge Hudson. The Red Raiders quickly responded with 5:42 on the clock as Aaron Sears took the ball 38 yards for a touchdown to tie the score at 14.

The Red Raiders then stopped the Owls on fourth down at the Legacy 34-yard line. On the next play, Miller went 66 yards for a touchdown to give Legacy a 21-14 lead with 2:55 to play in the half.

Garland answered with a 70-yard scoring pass from Perez to Rogers to tie the score with 1:48 on the clock. On the ensuing kickoff, Donnell returned the kick 66 yards for the go-ahead touchdown.

Ford picked off another pass in the end zone on the last play of the half.

Garland tied the game early in the second half with a 3-yard pass from Perez to Charles Allen. The Owls then took the lead with a 73-yard strike from Perez to Rogers, but the extra point was no good, making the score 34-28 with 6:50 remaining in the third quarter.


Donnell scored from 2 yards out, and Christian Baxter connected on the PAT to give the Red Raiders a 35-34 lead with 4:05 to play in the third quarter.

Garland regained the lead with 57 seconds left in the quarter when Keyuntae King scored on a 5-yard run. Ford blocked the extra point to make the score 45-40.

“It feels good,” Ford said. “Coming in as the underdog, we knew we had a big test coming. We had to bring the energy, and we did it.”

Ford was a part of two playoff wins a season ago while playing for Chapel Hill and played a big role in Friday’s victory for the Red Raiders.

Perez threw for 405 yards and five touchdowns for Garland (10-1). Rogers had eight catches for 236 yards, and Hudson had seven grabs for 118 yards.

Legacy (6-5) will face Cedar Hill, which eliminated the Red Raiders in the 2020 playoffs, in the area round. 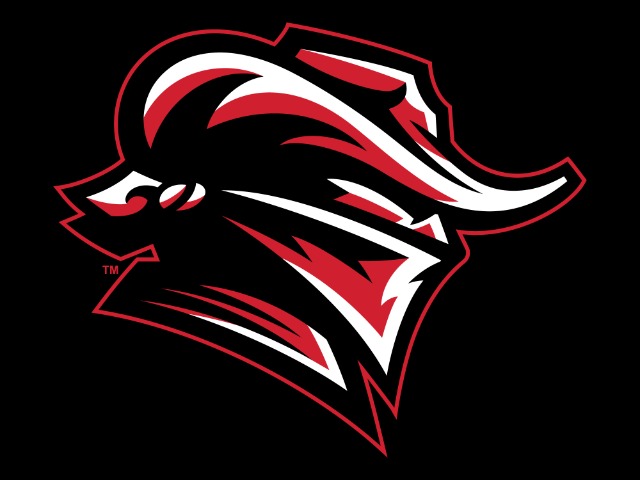 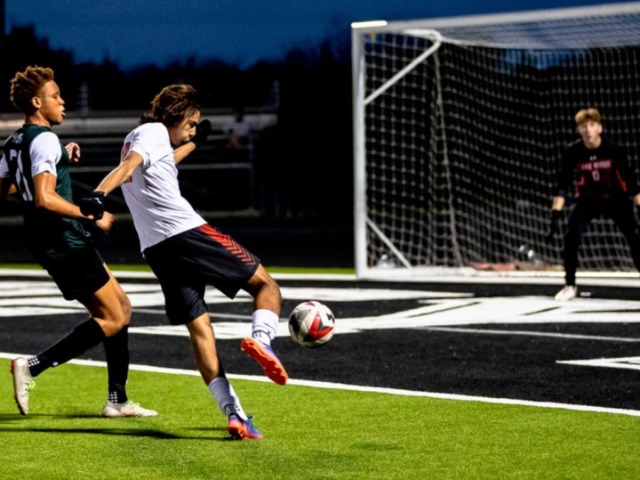 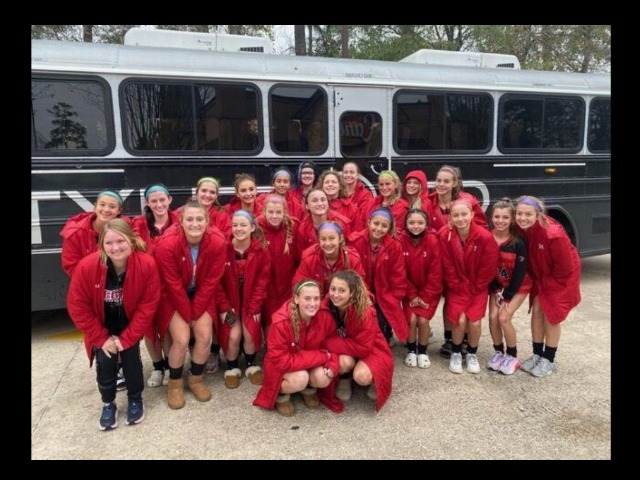 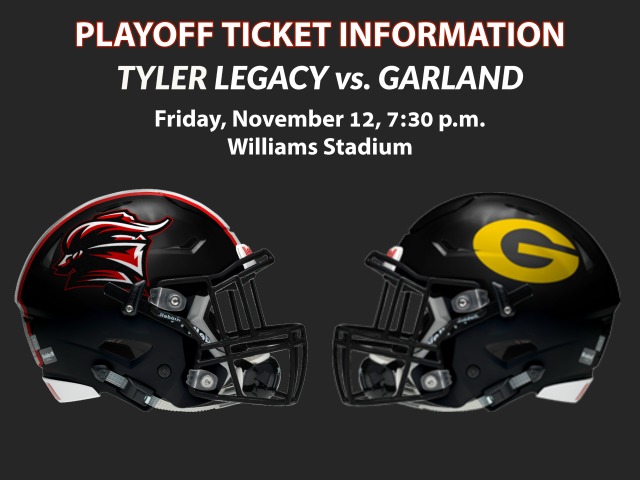